E-cigarettes have exploded in popularity, with the U.S. Centers for Disease Control and Prevention estimating that nearly 2 million middle and high school students have used an E-cigarette in the last 30 days.

In 2017, it has been estimated that 11.7% of high school students have used an e-cigarette in the last 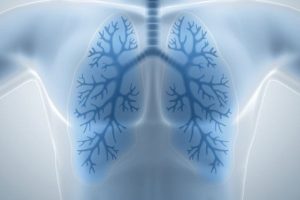 month alone (1).  This epidemic has lead the U.S. Surgeon General to issue a statement stating that e-cigarette use among the younger generation has lead to a grave “public health concern”

The preferred brand of E-cigarettes among teenagers is JUUL®, with one JUUL® pod containing as much nicotine as 20 cigarettes.

Heavy nicotine use can adversely impact adolescent brain development, especially since the human brain does not finish developing until a person’s mid-20s.

Besides the high amount of nicotine found inside JUUL® vaporizers, there are countless other dangerous substances inside e-cigarettes that can cause both short and long-term harm.

These harmful substances can often be found inside the chemical structure of the JUUL® pod flavoring. These flavors such as Mango and Peach can be harmful if breathed into the lungs due to an ingredient known as propylene glycol, a known irritant.

Teenagers who take part in vaping at a young age are also more likely to smoke regular cigarettes in the future. A study by the 2018 NASEM report shows that “there is substantial evidence that e-cigarette use increases risk of ever using combustible tobacco cigarettes among younger generations (2).

Vaping also releases vapors that can be harmful to others. Vaporizers have also been known to malfunction and lead to significant burn injuries caused by battery explosions. The manufacturing process for the lithium-ion batteries that go inside JUUL® products is incredibly crude, with many JUULs® being sold with defective batteries, which can also explode while being kept inside a person’s pocket backpack.

The introduction of e-cigarettes and JUULs® has lead to widespread use among underage children. Besides the risk of explosion, JUUL® e-cigarettes can also contain toxic levels of chemicals that can carry long-term consequences for some users.