As Americans, we always want the best for our troops. One of the ways we protect our troops is by giving them the latest and greatest in equipment and technology. However, in recent years, thousands of military personnel are experiencing hearing loss and tinnitus, severely limiting their hearing ability.

One government contractor, 3M®, provided earplugs to military personnel which were later found to be defective and a cause of hearing loss in our soldiers. Many of the troops that wore these defective earplugs are now experiencing extreme cases of hearing loss and tinnitus. Here, we take a look at what caused the issue and what is being done to correct it.

How We Got Here

Between 2003 and 2015, 3M® was contracted by the Department of Defense to provide standard- 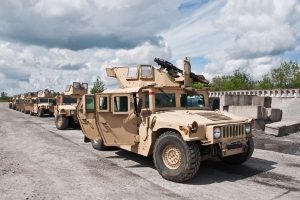 issue earplugs to issue to American troops. These earplugs were to be used by troops in active combat zones and by those in reserve.

The trademarked earplugs were known as the CAEv2 dual-ended Combat Arms earplugs during their service and were issued to our armed forces in both Afghanistan and Iraq.

They were known as the dual-ended earplugs since users could reverse the earplugs to allow certain noises, such as talking.

However, the earplugs were defective from the start. It was later found that the earplugs did not maintain a tight enough seal, which allowed dangerously loud sounds such as explosions and sonic booms to slip through without the wearer of the plugs even knowing.

Once Moldex® developed their own earplugs, they realized that 3M® had to have manipulated its testing data. Therefore, Moldex-Metric® filed a lawsuit against 3M® under the Qui Tam False Claims Act.

How Were the Earplugs Defective?

The lawsuit filed by Moldex-Metric® suggests that 3M® knew that their military-issued earplugs were not long enough to allow for proper protective insertion into the ear. Furthermore, the poorly-designed earplugs could not maintain a tight fit due to the lack of the overall length. During testing of 3M’s® earplugs, researchers were also unable to block out certain sounds.

Overtime, the 3M® earplugs would begin to dislodge throughout combat, with many soldiers not knowing that they had little to no protection against violent noises. Many users also found that the shorter side was difficult to plug-in correctly. Some soldiers also experienced the earplugs “folding back” and loosening its seal, which made the earplugs defective.

Who Received These Earplugs?

Thousands of active-duty troops and veterans may not even realize they have used these earplugs. The United States Government purchased millions of units for its troops all across the world. The earplugs were also standard-issue during any foreign engagement, these engagements include:

How Can I Learn More?

3M’s® defective earplugs have caused thousands of veterans and active-duty service members to lose their hearing or to suffer from hearing-related issues such as Tinnitus. To learn more about your options, contact USA Consumer Network today to learn about how you can receive compensation for your hearing-related issues due to 3M’s® defective Combat Arms Earplugs today.