JUUL®, a Silicon Valley startup, has now completely taken over nearly 75% of the entire e-cigarette market in the United States. Although the company claims that its main focus is to help adult smokers quit smoking tobacco, deep analysis of their advertising tells consumers a different story.

What Studies Have Shown Us

A team of researchers at Stanford have recently conducted a study of JUUL’s® marketing campaigns from 2015 to 2018. The researchers examined thousands of Instagram posts, ads, and emails to find 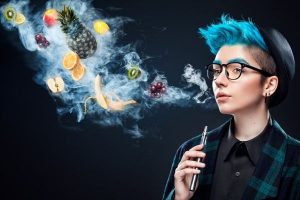 that “JUUL’s® marketing was youth-orientated” in nature.

Members of the research group also noted that JUUL® had deleted a vast amount of their social media posts from Facebook and Twitter.

Dr. Robert Jackler, a physician and the professor who conducted the study at Stanford, found that JUUL’s® advertising contained young and attractive models who socialized and gathered around the JUUL® vaporizing device (1).

In early marketing tactics, JUUL® also placed little emphasis on using JUUL® as a replacement for cigarettes. The company also established extravagant events and parties which included free tastings of their products.

How the Government is Responding

The rapid crisis of underage JUUL® use has caught the attention of federal regulatory industries, including the Food and Drug Administration. This past April, the FDA demanded that JUUL® hand over the documentation about their marketing.

How JUUL® Hooked Youth Early On

Each JUUL vaporizer comes with two main components – the JUUL® pod which holds the flavoring and nicotine, and the battery pack. The flavoring liquid is often made from nicotine, glycerol and propylene glycol, and additional flavors.

The pods can come in various flavors from cucumber to mango, which can make them especially attractive to young kids.

The rapid growth of JUUL® and it’s product line has impacted thousands of lives and caused complicated issues for many young adults and children. If you or a loved one have become addicted to JUUL® or have been injured by a JUUL® vaporizer, USA Consumer Network can help.