Truvada, produced by Gilead Sciences®, is now under fire from HIV/AIDS activists and health officials for not properly warning patients of the side effects the drug carries. Additionally, many now allege that Gilead Sciences® purposefully kept Truvada’s “less-safe” version on the market for far longer than needed, causing multiple side effects in some users.

Truvada is a once-per-day prescription that reduces the overall risk of contracting HIV-1 through sexual contact and helps patients lower the levels of HIV in their bodies. The medication itself 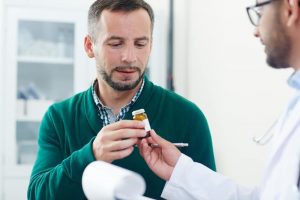 contains a combination of various properties, such as emtricitabine and tenofovir disoproxil fumarate. The overall goal of these drugs is to prevent HIV (human immunodeficiency virus) from multiplying and growing inside your body.

The medication is to treat HIV, the virus that can lead to AIDS (acquired immunodeficiency syndrome). It can also be taken by some in order to prevent the contraction of HIV through sexual contact.

Why is Truvada Dangerous?

Gilead Sciences®, the drug’s manufacturer, is now known to have had a much safer version of Truvada available, however, the company delayed launching the safer alternative in order to continue to sell as much of the older and more harmful version of the drug possible.

Drug manufacturers have a legal obligation to warn others about the dangers and risks associated with their drugs. However, as in many other cases, drug companies found that disclosing adverse effects can hurt a company’s bottom line.

What Consumers Need to Know

It is no longer a secret that Gilead Sciences® withheld a safer version of Truvada from the public. This lead to thousands of patients who relied on Truvada to experience adverse side effects, such as bone density loss and kidney damage. If you or a loved one have taken Truvada and are now experiencing complications, USA Consumer Network can help by contacting you to a lawyer for a free consultation. To learn more, contact us here today.