For years, big pharmaceutical companies have taken advantage of the American public by providing them with potentially dangerous and untested drugs to maximize profits.

Enter Gilead Sciences®, one of the largest pharmaceutical research and manufacturing companies in the world.

Approximately 1.1 million people in the United States are living with HIV. This epidemic had led thousands of scientists to rush to develop drugs that could slow the advancement of the infection. Enter Truvada®, a once-daily drug that can help reduce the risk of contracting HIV-1 through sex. 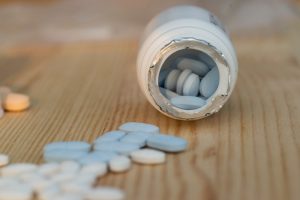 Truvada® for PReP (Pre-exposure prophylaxis) is a medication that HIV-negative individuals take daily before coming in contact with HIV in order to prevent HIV from establishing itself within the human body.

Truvada® was first approved by the FDA in 2012. The drug contains two main ingredients in one pill: emtricitabine and tenofovir. Both these medicines are designed to block an HIV enzyme called reverse transcriptase, which prevents HIV from spreading throughout the body.

Unfortunately, the drug also carried a wide array of side effects that Gilead Sciences® did not warn doctors or patients about, resulting in long-lasting damage for many patients who were prescribed the drug.

Find Out If You Are Eligible

Enter Your Phone Number To Start A Free Case Evaluation

How the Truvada® Lawsuits Started

With the drug rapidly growing in popularity, many users soon began to take notice of the adverse effects of the drug. For instance, many users reported kidney injuries as a result of taking the drug, something Gilead® had never mentioned to the public.

Additionally, bone injuries were also noticed by doctors in many patients that were placed on Truvada®. These bone injuries came about in the form of bone density loss. Once again, physicians and patients were not made aware of these side effects by Gilead®, who was focused on marketing the drug to the mass market.

Some of the more well known adverse effects of Truvada® include:

However, this only proved to be the beginning of a host of problems associated with Truvada® and its manufacturer, Gilead Sciences®. Employees at Gilead Sciences® are now known to have had a far safer version of Truvada years before.

However, in order to keep sales as high as possible, Gilead Sciences® refused to release the safer version of the drug in order to sell off their existing stock of dangerous Truvada® pills, leading many patients to suffer from the adverse effects of the drug.

Those who have suffered from adverse effects after taking Truvada® are potentially eligible to receive compensation for medical bills, lost wages, and much more. If you or a loved one have taken Truvada® and have suffered negative side effects, USA Consumer Network can help. Let our team connect you to a 100% free lawyer to evaluate your case and give you an absolutely free consultation here.

See If You Qualify

Let us connect you with a 100% free attorney to see if you are eligible to file for compensation.

This Website is not intended to provide medical advice. Consult your doctor or physician before starting or stopping any medication. This advertisement is not associated with Truvada® or Gilead Sciences®, a product manufacturing company, or any government agency.